Happy Thanksgiving To All Of You!

Instead of painting a traditional turkey for the holiday, I painted a Thanksgiving Rooster. It matches my home decor.

I’ve been listening to the song “Resurrecting” by Elevation Worship on a daily. The lyrics are incredible. I even got pulled over the other day while listening to it because I was so engrossed in the song that I lost track of my speed! Luckily, the police gave me a warning.

I painted this picture as a representation of the lyrics, “By your spirit I will rise. From the ashes of defeat. The resurrected King, is resurrecting me.” 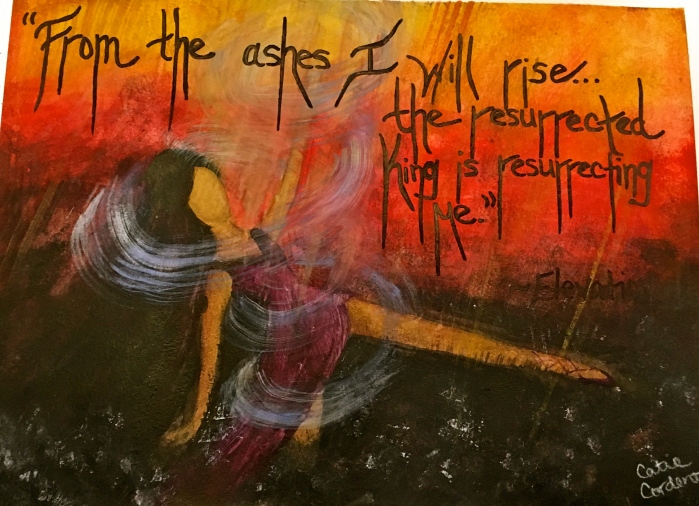 Following World War I, an attitude of cynicism and disillusionment infected the mindsets of most people resulting in a decade where living for self and enjoyment became top priority. It produced a people that lived by this code or slogan: “Eat, Drink and Be Merry…For Tomorrow We Die.”

One of my favorite books on the 1920’s is by Frederick Lewis Allen called Only Yesterday. In this book he says, “Morality was dethroned, the old codes of ethics hung out to dry, replaced with a disillusioned sense of freedom, and the pursuit of this led only to emptiness and futility.”

I painted the picture below to represent the heroine in the first book of my 1920’s series.